Starting at $9.00 per Page
100% Original, Plagiarism Free, Customized to Your instructions!

The Influence of Drugs and Alcohol on College Student Success in 2023! 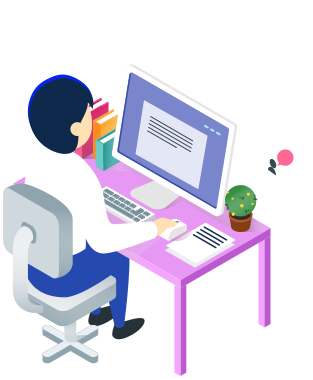 The influence of Drugs and Alcohol among college students is in a raise for the past decade. When people think of drinking, they often associate it with college students. Whether it is binge drinking or blackout drinking that people imagine, many young adults are involved in these behaviors. In fact, the National Institute on Alcohol Abuse and Alcoholism reports that 1,519 college students between the ages of 18 and 24 die each year from alcohol-related injuries, including car crashes.

While many students may be aware of the dangers of drinking in general, few may realize that alcohol consumption can also negatively impact their academic success. Remember effects of alcohol and drugs in college are grave.

7 Influences Drugs and Alcohol Has On College Success

When it comes to the influence of drugs and alcohol on a student’s success in college, the results are quite obvious.

About 80% of college students take alcohol, and approximately 50% are binge drinkers. While others admit to taking alcohol even before college

Well, the negative effect of alcohol and drug use can be seen in several ways, including declining academic performance, risky sexual behavior, and mental health problems, as discussed below.

And there are more ways in which alcohol and drugs affect college success. Let’s dive in!

Drug and alcohol abuse affects students’ ability to learn and retain information. Drugs such as marijuana can reduce short-term memory and make it hard to concentrate. Alcohol can cause a hangover (often accompanied by headaches and nausea), making it difficult to study or perform well at school.

However, not all students are affected equally. Other studies have found that heavy drinking can affect students’ ability to learn new things or remember what they’ve learned in class.

Missed classes and failure to complete homework assignments are common effects of alcohol and drugs in college students. Students who drink are more likely to have missed class. About one in four college students agree to have difficulties like missing class and dragging behind in schoolwork.

Students who binge drank were more likely to have skipped class too.

A lack of sleep is another strategy for how alcohol and drugs affect college success. Lack of sleep can influence a student’s ability to do well in school. When students drink alcohol, it affects their sleep. The more alcohol a person drinks, the less deep sleep he gets. Alcohol also reduces REM sleep and causes frequent awakenings. The more a student drinks, the more likely he will miss class and fall behind academically.

The influence of drugs and alcohol use has been directly linked with risky sexual behavior, which can have serious consequences for college students, including unwanted pregnancy or sexually transmitted diseases (STDs).

Also, unwanted or unplanned sexual activity such as having unprotected sex or having sex with someone you don’t know well or trust.

Dropping Out of School

Do not drop out of school. Find an online expert to help you do your online class. 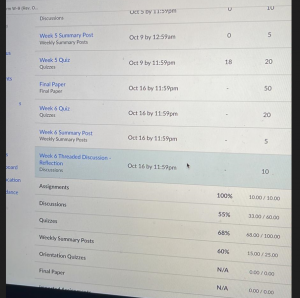 Alcohol can also lead to poor decision-making, negatively impacting a college career before it even begins. Underage drinking laws and University rules are much stricter than high school rules, and any violation of these rules can result in suspension or expulsion from the school.

Automatically when there’s a reduced ability to learn and missed classes with evidence of risky sexual behavior, the grades will be poor.

Recently, a National Center on Addiction and Substance Abuse report at Columbia University in New York found that students who smoke, drink alcohol, or use drugs are more likely to have lower grades, miss classes, and receive fewer degrees.

Alcohol and drugs can make it hard to stay focused on what you want academically. Drinking and drugging also slow down your brain and makes it hard for you to remember things you learned in class or make connections for writing papers. This can lead to poor grades, so some students don’t make it through college.

How Can Students Reduce the Risk of Alcohol and Drug Abuse and Improve Academic Outcomes?

Students struggling with substance abuse or addiction may be reluctant to admit they have a problem. The stigma associated with these issues often causes them to suffer in silence instead of seeking help.

To reduce alcohol-related problems on campus and improve academic outcomes, colleges should:

Screen all students for alcohol misuse

Screening can help identify drinking problems, so appropriate interventions and referrals can be provided. New research has shown that brief motivational counseling can reduce alcohol use among college students.

Ensure that all students have access to brief interventions designed to reduce drinking.

Colleges should help connect students who screen positive for drinking problems with quick and easy care options, such as online screening tools followed by a phone call from a counselor. These evidence-based programs can help to reduce the amount of drinking on campus by encouraging healthier choices among those who drink too much.

If a student has a severe substance abuse problem, they must get proper treatment. Colleges should ensure that students know the mental health services available on campus and community resources off-campus so they know where to go when they need help.

The influence of drugs and alcohol on college students can be adverse. So, it is important for college students who suspect they may have a problem with alcohol or drugs to talk with their healthcare provider as soon as possible to begin treatment before it becomes too late.